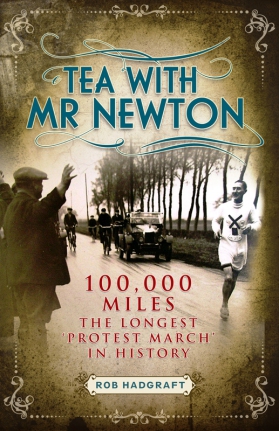 'Tea With Mr Newton' was

long-listed for the prestigious

William Hill Sportsbook of the Year award in 2009, and selected for a

‘At last the definitive biography of the late, truly great Arthur Newton.  It makes fascinating reading. After very lengthy and detailed research Hadgraft reveals many unpublished facts about Newton’s life. I recommend this as a very readable book and a ‘must have’ read for anyone with historical interest in the people and races which have made up our sport.’

A 2009 biography of Arthur Newton by Rob Hadgraft shows ultra-distance man Arthur Newton was years ahead of his time . . . many of his ideas still hold true more than 80 years later.

‘For the first time Arthur Newton’s remarkable life story is told in this new book by athletics writer Rob Hadgraft.  Between the two world wars Arthur set records at all distances between 30 and 150 miles. He must surely have been the most unlikely world champion the British sporting world ever produced.’

‘An utterly fascinating read. Tea with Mr Newton was considered an essential component of any serious runner’s development and Rob Hadgraft’s easy-to-read biography of the life of Arthur Newton will have similar appeal to a wide spectrum of South Africans.’

‘This is Hadgraft’s fourth detailed biography of an athletics great and it’s one that should find its place on the bookshelf of anyone with the remotest interest in running, in the Comrades Marathon, or in life in colonial South Africa.’

‘What a read! The fastest I have ever read a complete book.’

‘You have done an excellent job in an amazingly short period of time. I found it very, very helpful in filling in the gaps in my knowledge. It is a very readable book which says a great deal about your skill as a writer - and for that reason it is a very accessible book - which will have a wide appeal. For example I can imagine my wife reading it - which she would not do normally with most other distance-running books.  Taking the genre to a wider audience is very, very important in developing the market. A great job, and a great service to the history of distance running.’

‘Who better to write the long-awaited – and, frankly speaking, long overdue – biography of Arthur Newton than Rob Hadgraft, author of a trilogy of beautifully written books on the lives of Alf Shrubb, Walter George and Deerfoot. Once again, Hadgraft has succeeded in crafting a meticulously researched and highly entertaining biography, his subject this time being the founding father of ultra-distance running.  The author’s enthusiasm for one of the most colourful characters ever to don a running shoe comes through on every page of this well-scripted story. He is first and foremost a storyteller, albeit an accomplished one with the experienced biographer’s eye for detail. One of the highest accolades I can give a book is to call it a real page-turner – I really found it hard to put down.’

‘This book gives many insights into the development of the history of the sport. A very readable book and a must for anyone with any historical interest in the people and races in road running.’

‘After very lengthy and detailed research, experienced author Rob Hadgraft launches his fourth book about a running legend. This is the first biography of a critical figure in the history of world distance running. A true pioneer, Newton’s training ideas were to shape the way runners trained in the post-war period.’

‘Newton was years ahead of his time. As well as winning the Comrades Marathon five times, he devised new training methods that changed the way top athletes approached their preparation.’

‘I think you did a wonderful job of which Mr Newton would have been proud.  I too am delighted that my small contribution has helped portray the human side of a wonderful person quite apart from his running achievements.  You have handled some pretty thorny issues with great skill and tact.  The book is very readable and well balanced in covering his entire life.’

‘It was very enjoyable and scrupulously researched - congratulations. I will be recommending it to all my running friends.’

‘This one catches the atmosphere of the period absolutely exactly!’

‘I found the book instructive and entertaining. I wish I could work as fast! I learned much about Newton's family and education, and appreciated the reflections and memories of those who had known him in his last years. What a fascinating and singular man he was.’

'Much of Newton’s tale was previously available in Rob Hadgraft’s excellent Tea With Mr Newton.'

‘Lovely insights into this incredible, and incredibly determined, athlete who is a legend to us in the Comrades Marathon. The descriptions of his unbelievable feats, and the challenges he took on under his own steam, made me realise how privileged and fortunate we are today as long-distance runners with improved technology, scientific dietary and fluids intake advice and large fields for companionship. The lack of information, equipment and guidance during his era makes his achievements even more astonishing. And they are described with enough detail from excellent research to make it all real to the reader.’

‘An excellent read. I was aware of Mr Newton's great running ability, having completed the Comrades once myself, but there is a lot more to his story. Five stars.’ 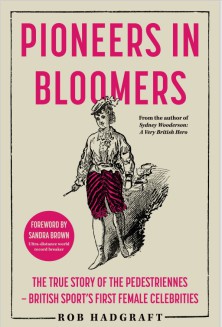 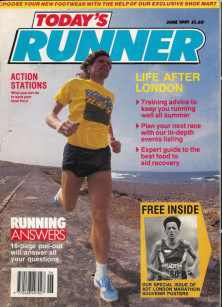